One of the worst sounds you can hear as a parent is your child banging into something and hurting themselves. And it happens to everyone—all the time! Azul is just as active as any five year-old, running and jumping and falling. One night he was running around in the living room and tripped on, what I would imagine was a random Lego piece or masterpiece, I’m not sure which, and fell right into his easel. As soon as I heard his arm crush against the frame, my immediate reaction was to run to him to help, and so I did. 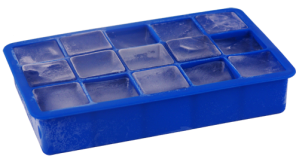 When I got there, which took seconds, he was crying and holding on to his arm. He looked at me and yelled, “Don’t just stand there! Get me some ice!” Oh my! I thought as I did as I was told. Well, at least he didn’t add “Woman!” at the end.